Irene Ingabire Kamanzi who was born in Lubumbashi Katanga province Congo Kinshasa on the 12/06/1981 is now mainly known very well as Gaby which comes from her other name In-Gabi-re. (INGABIRE)

She is the fifth child in a family of 6 children and she grew up in a singing family, which has helped her a lot in developing her career.

When Gaby was 9, she started showing her talent while singing the songs her brothers sung.

She started singing in Saint Esprit Nyanza in 1997 in Singiza ministries after getting born again.

In 1999 she started singing in another choir called Shekinah which she still sings from up to now.

While there she started helping other gospel artists produce their songs, because of the talent they had seen in her.

She helped Remy realise her song in the same year, and also helped another gospel group which worked with Aime Uwimana in 2001.

In 2002, she again helped Aime Uwimana while she was making her 2nd album.

In 2003, Gaby realized her first song she called “Sauveur”, and in 2004 she worked with a Burundian artist called Willy Uwizeye on his first album, and later in 2005 with Richard Ngendahayo with his album.

She also helped many other artists in launching their albums because of the talent she had, who included Aline Gahongayire, Alexis Dusabe among others.

She was also in a group called “The Sister”, which involved Aline Gahongayire and Tonzi.

She likes International gospel artists like Cece Winans and Darlene who have been an inspiration in her career of singing. 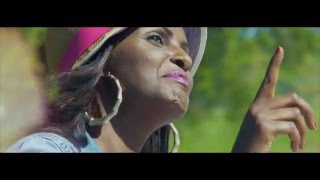