Angel Mutoni is an aspiring musical artist/poet. She has a passion for writing and nothing gives her more bliss than making music. She is a part of the Dark Matter Entertainment crew alongside Darkecy and Mike, whom have molded her from the very shy girl that she is to an entertainer like themselves.

She started to write at the mere age of 10 years old, through which she'd spend her days daydreaming about her musical goals. Her first song ever recorded, was "2011" ft Darkecy, in which she wrote and sang the chorus. Only a debutante in this competitive industry, she released her very first video of her song "Bad Girl Swagg" produced by IBALAB in late 2012.

Her musical works have mainly been recognized through the Dark Matter Ent. fans, as they launched their first official group Album, called "Dim Witted" in the month of August 2012.

However, she has now built a fan base of her own with several song releases and through her first official mixtape "Epidemic of Words", which was released in November 2013.

She is now working hard in order to expand her musical skills and gain as much experience and knowledge as possible in order to give a piece of herself to the world of music. 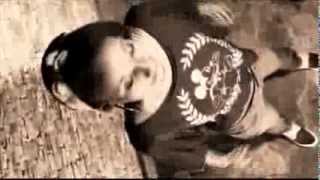